With the co-operation of the Hailwood family, John and partner VeeTwo have produced a direct replica of Mike Hailwood’s 1978 TT winning machine. 12 of these bikes will be built, featuring tool-room copies of the original NCR bevel engine that Mike made his incredible come-back with.

The bikes will also feature reproductions of the original’s DASPA lightweight chrome-moly frames and exact bodywork (and paint/decals) as raced in 1978. In addition customers will recieve a signed book documenting the history & build of the bikes. The name “Mike Hailwood®”  is a Trademark of the Estate of Mike Hailwood M.B.E., G.M and used with kind permission. 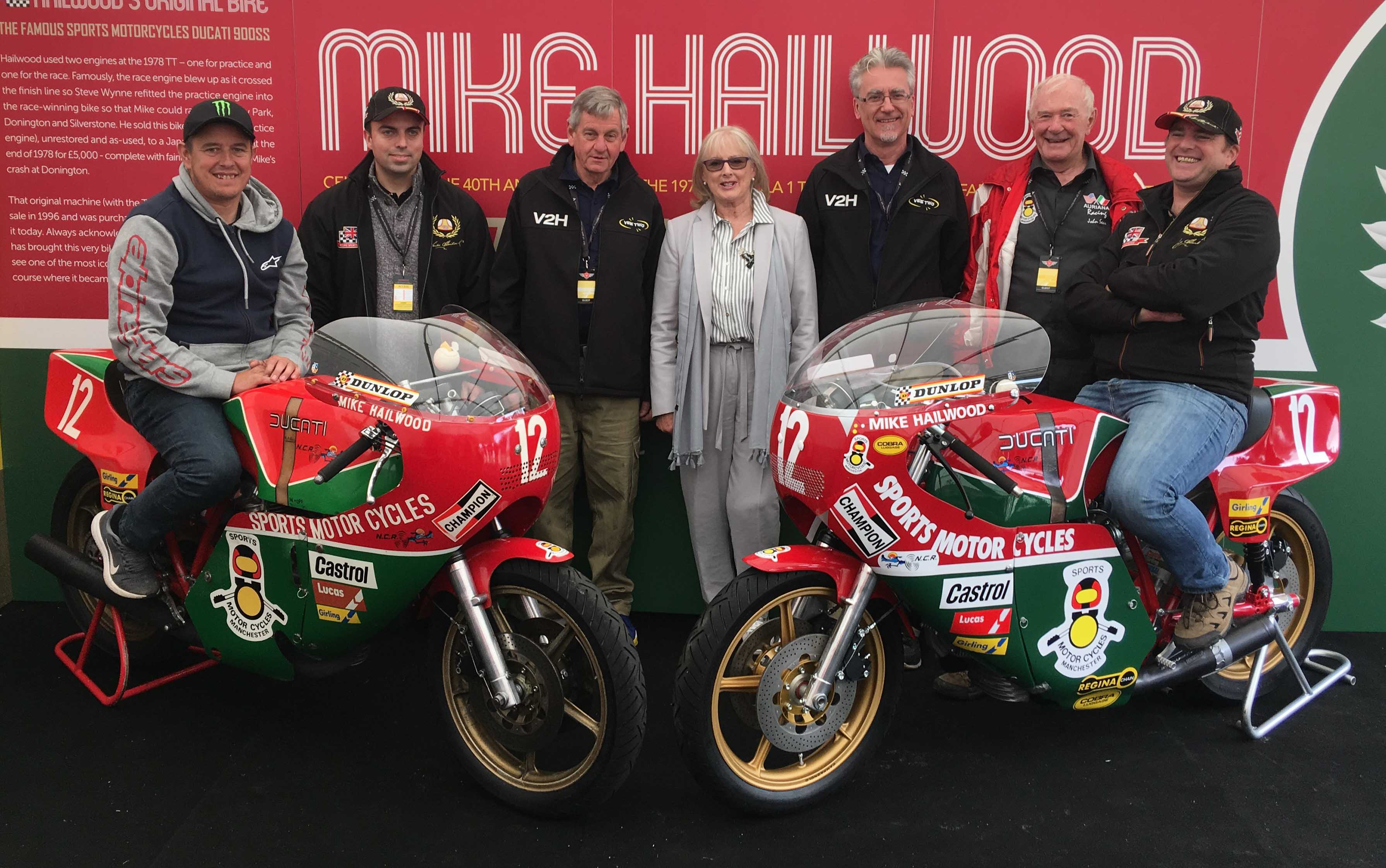 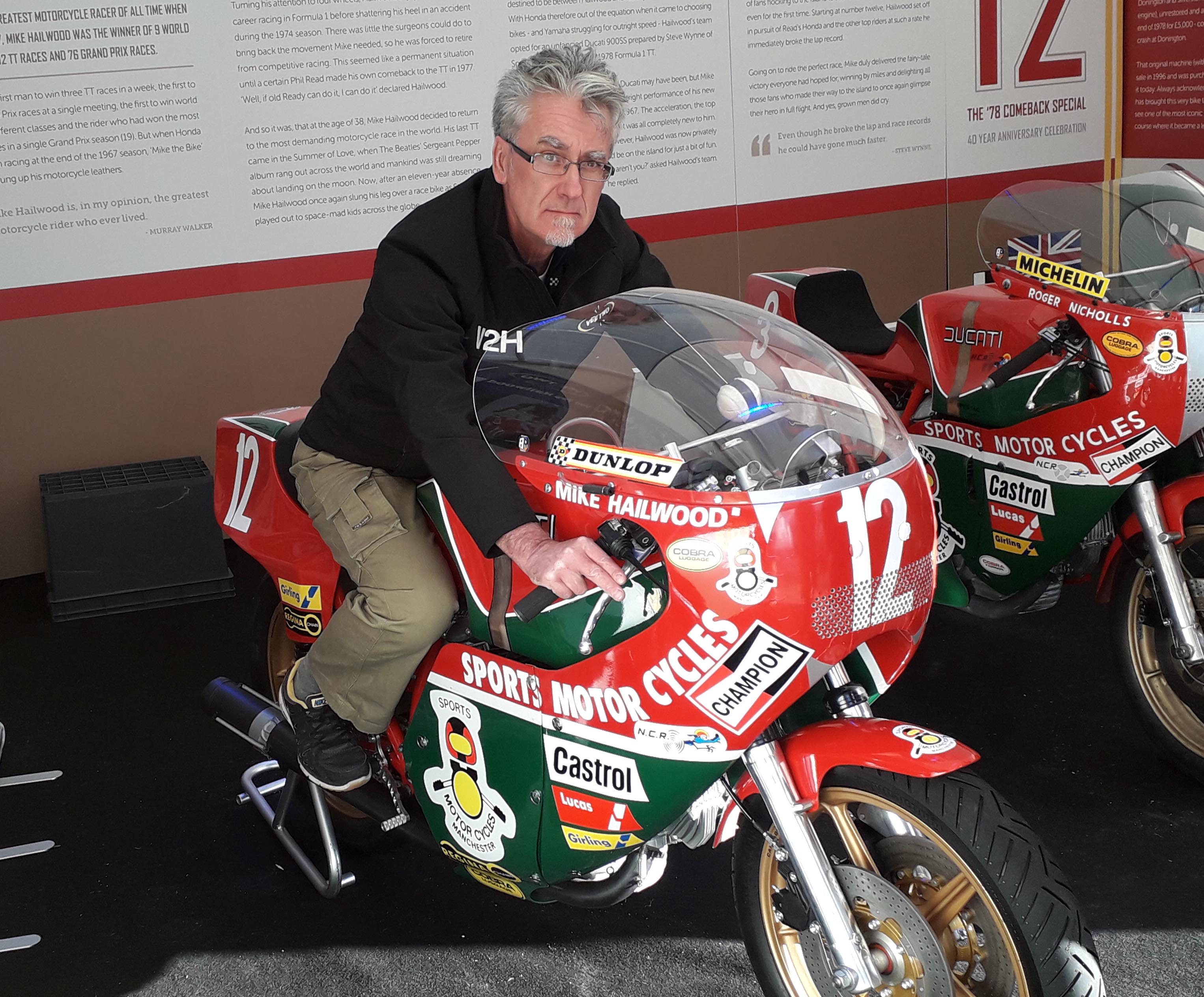 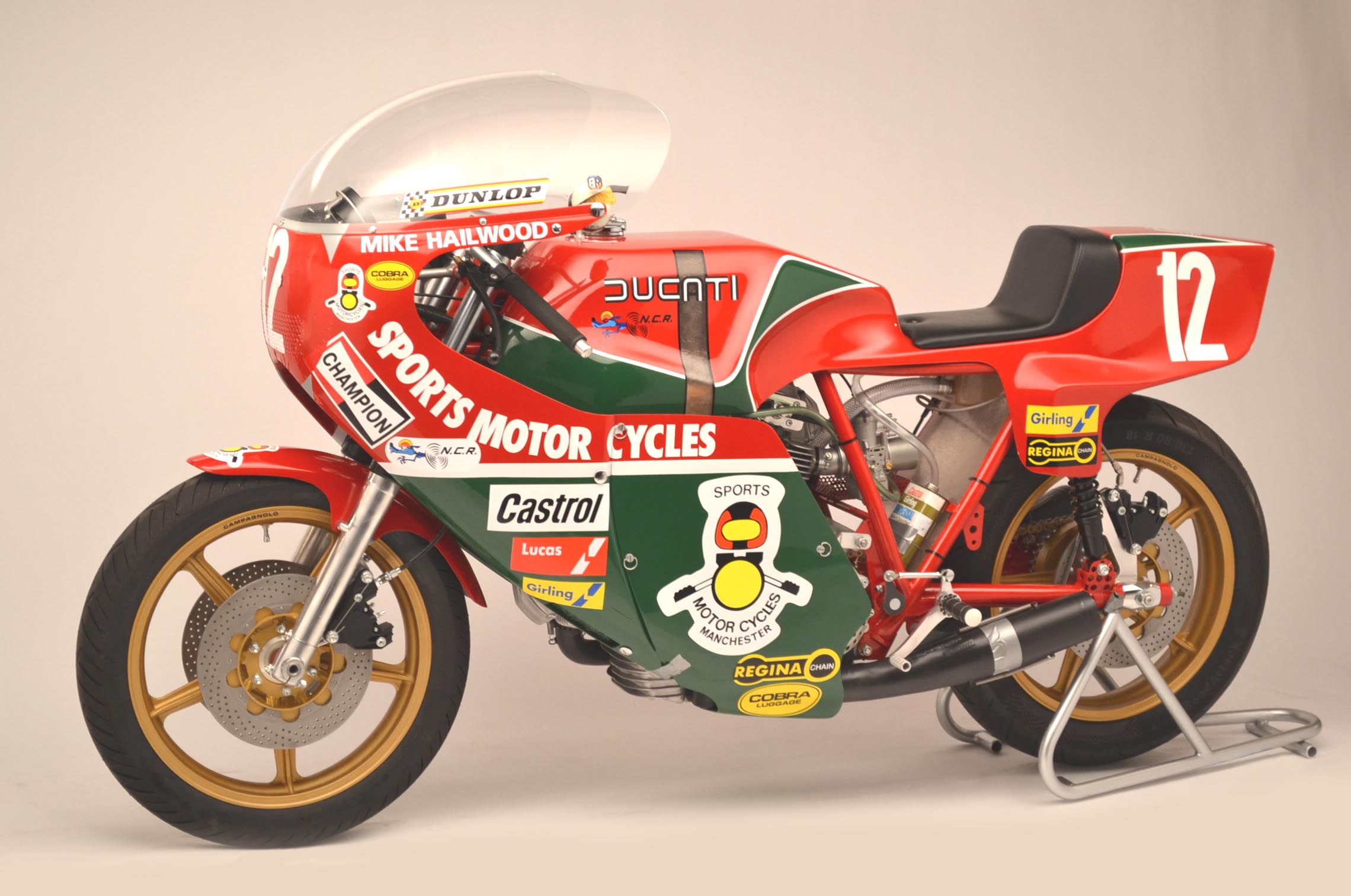 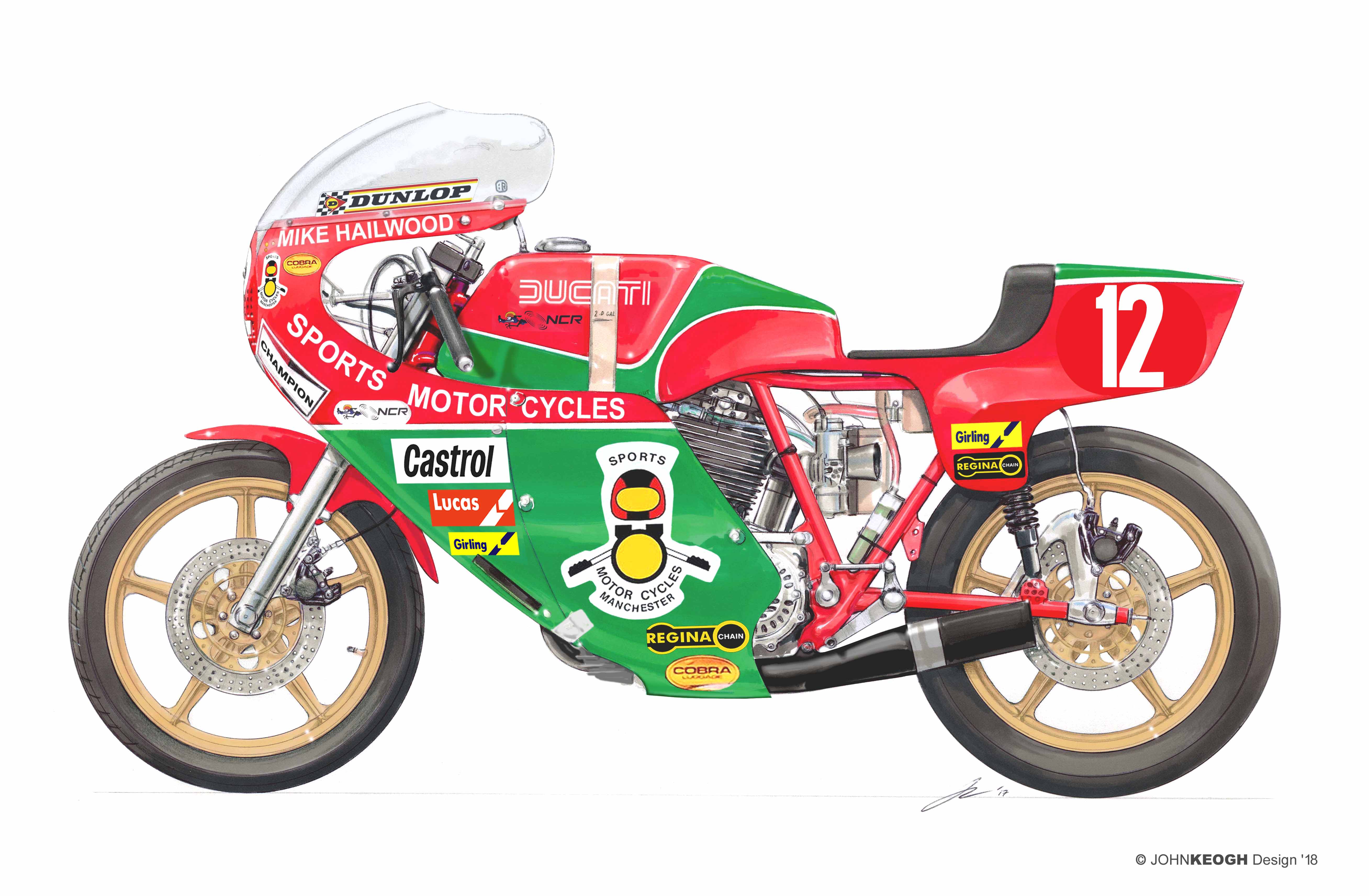 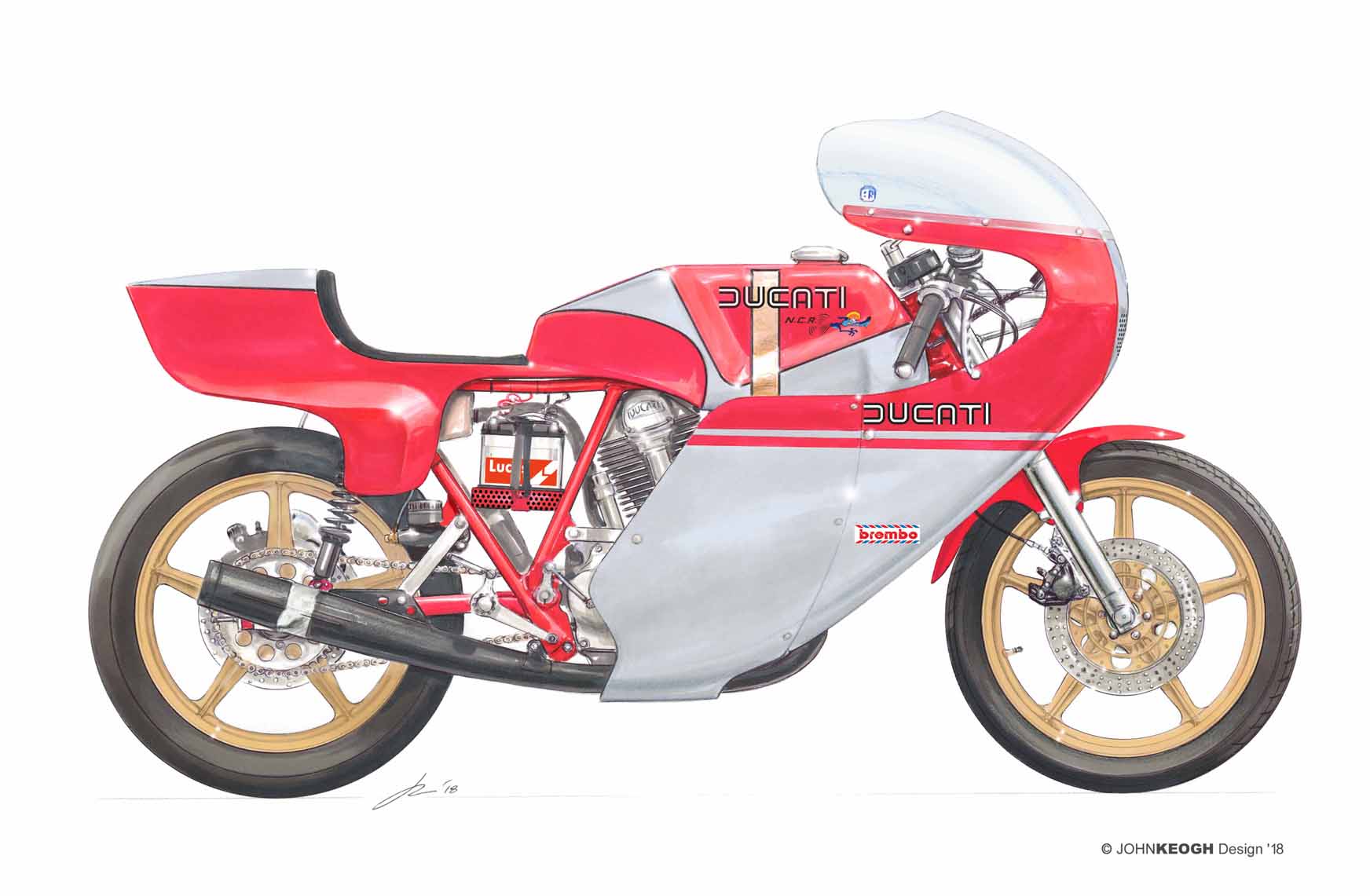 Rendering of the original NCR 900 F1 that was prepared at the Ducati factory and NCR workshops in 1977/78 specifically for Mike, featuring a custom gear-change linkage through the swing-arm pivot to give a left-foot change (as per modern road-bikes) to relieve Mike’s damaged right ankle. Ducati’s racing bikes of the 70’s had a right-foot gear change. This injury also lead to him wearing through his SIDI boot to the toes on his right foot, on the Isle of Man. 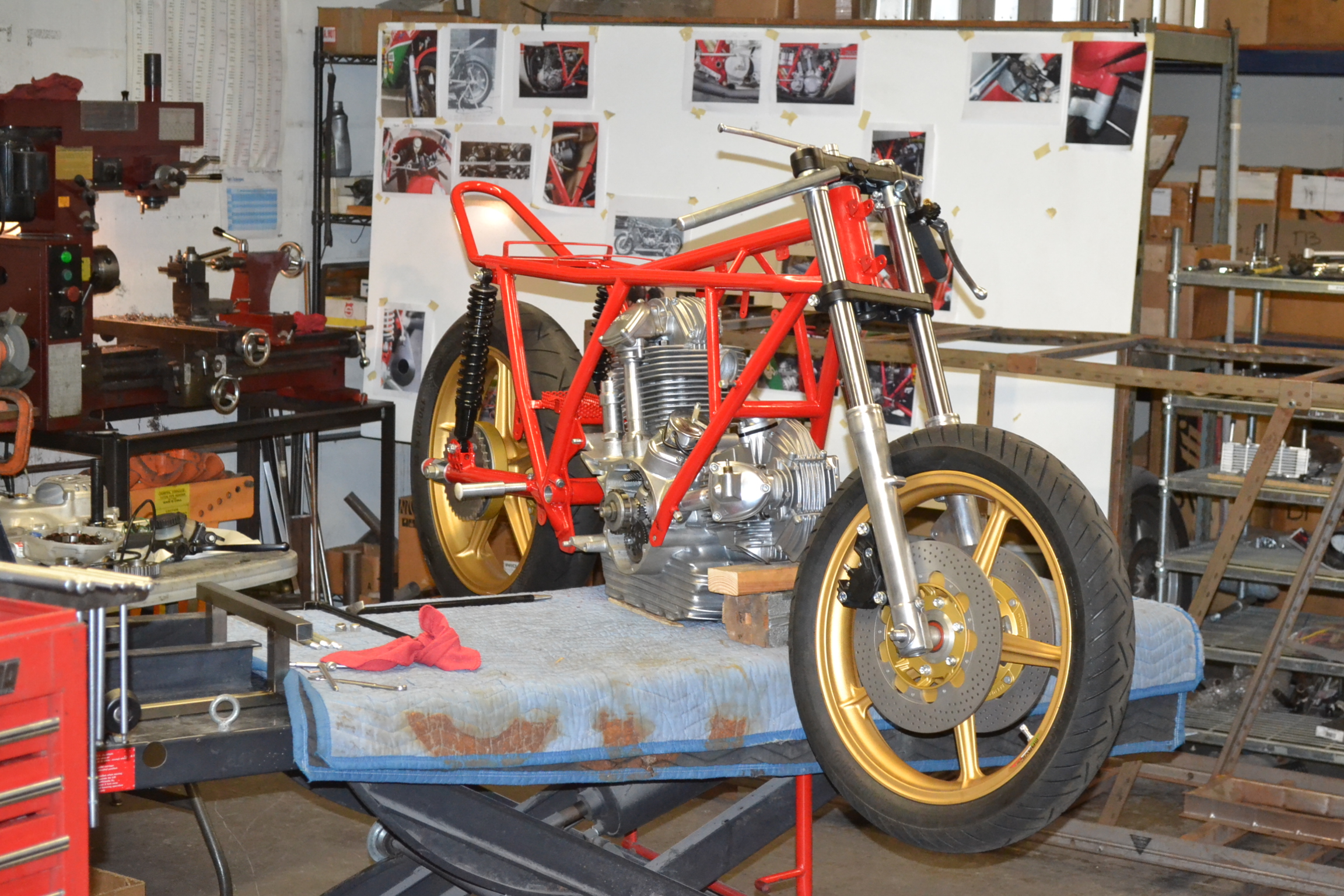 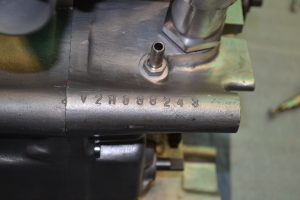 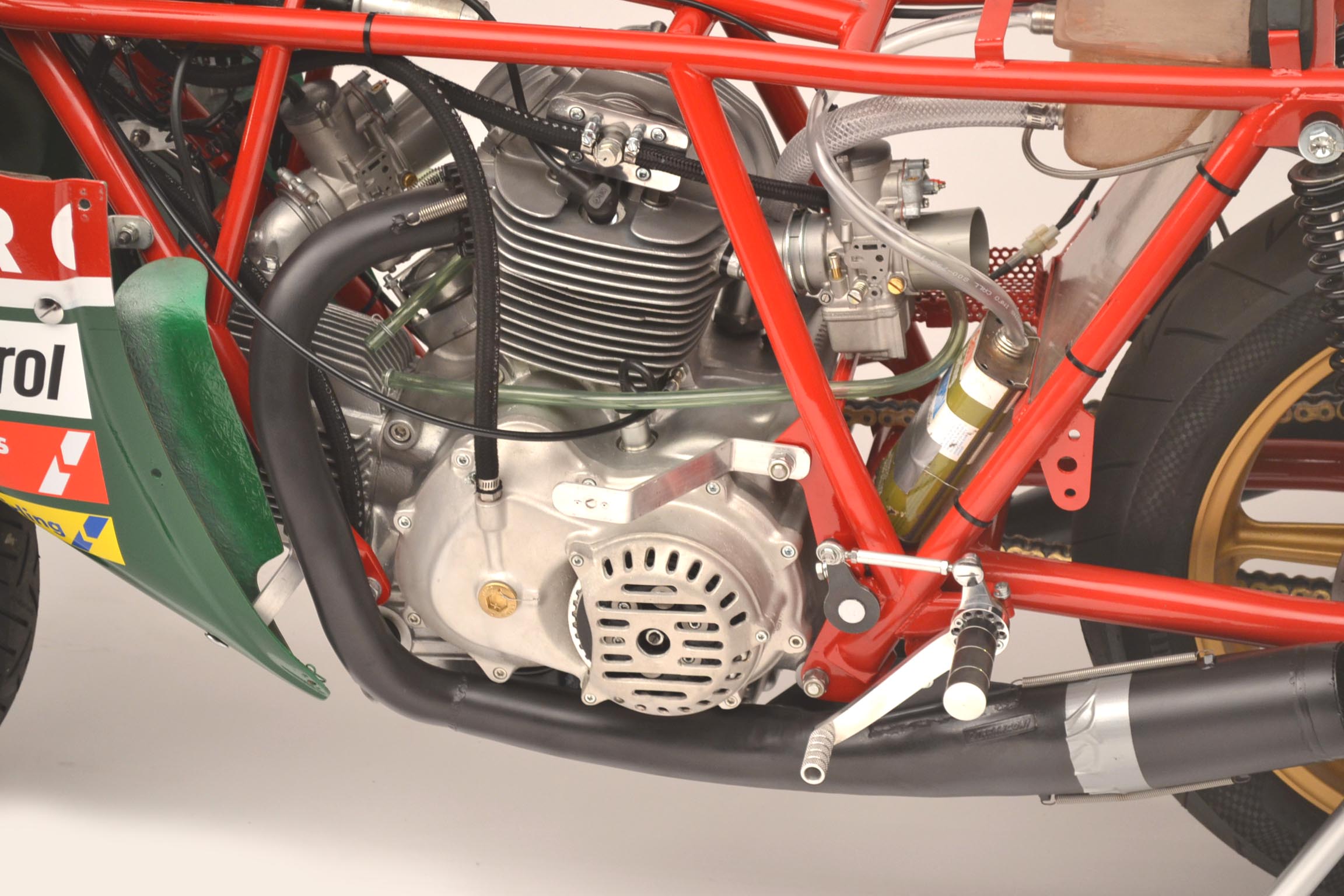 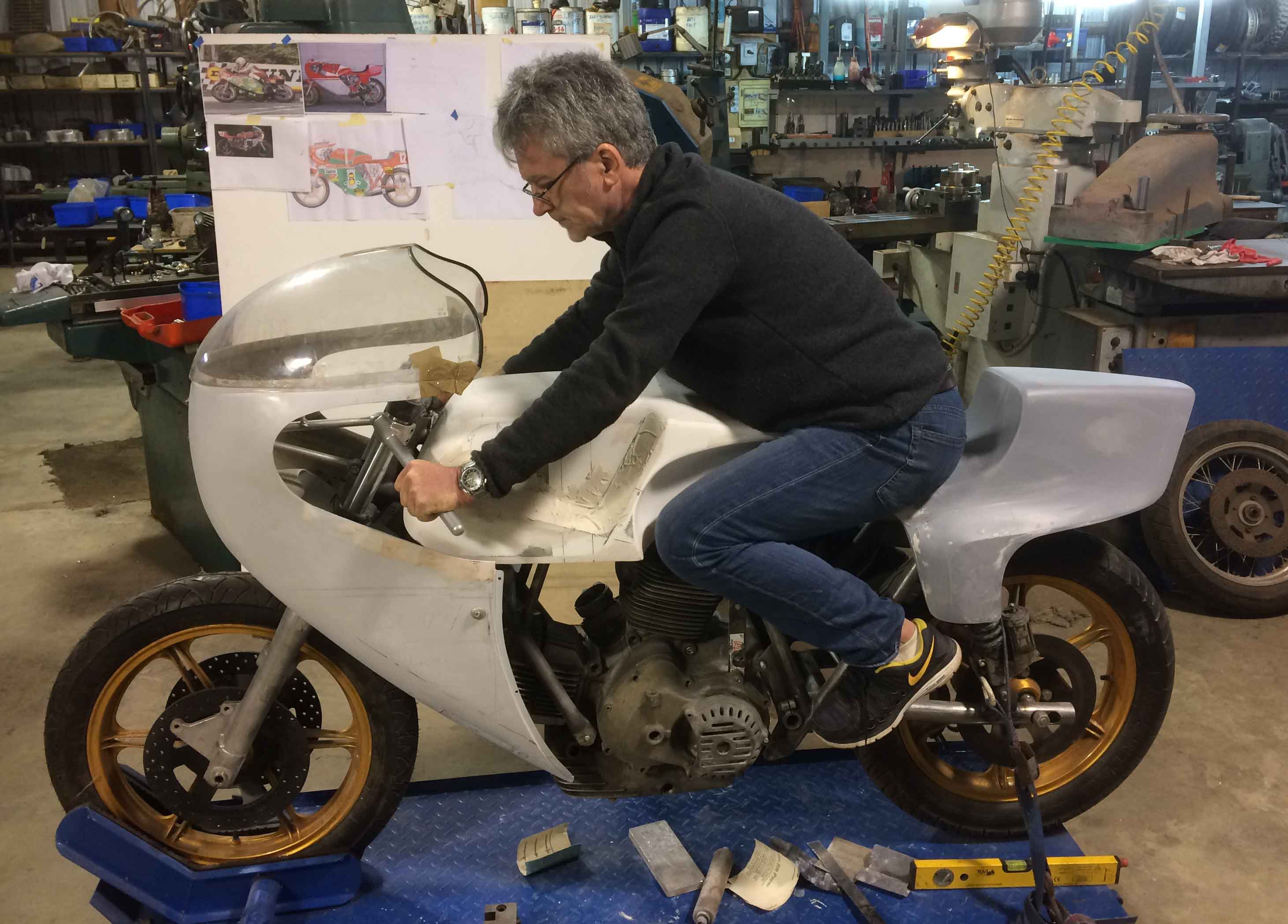 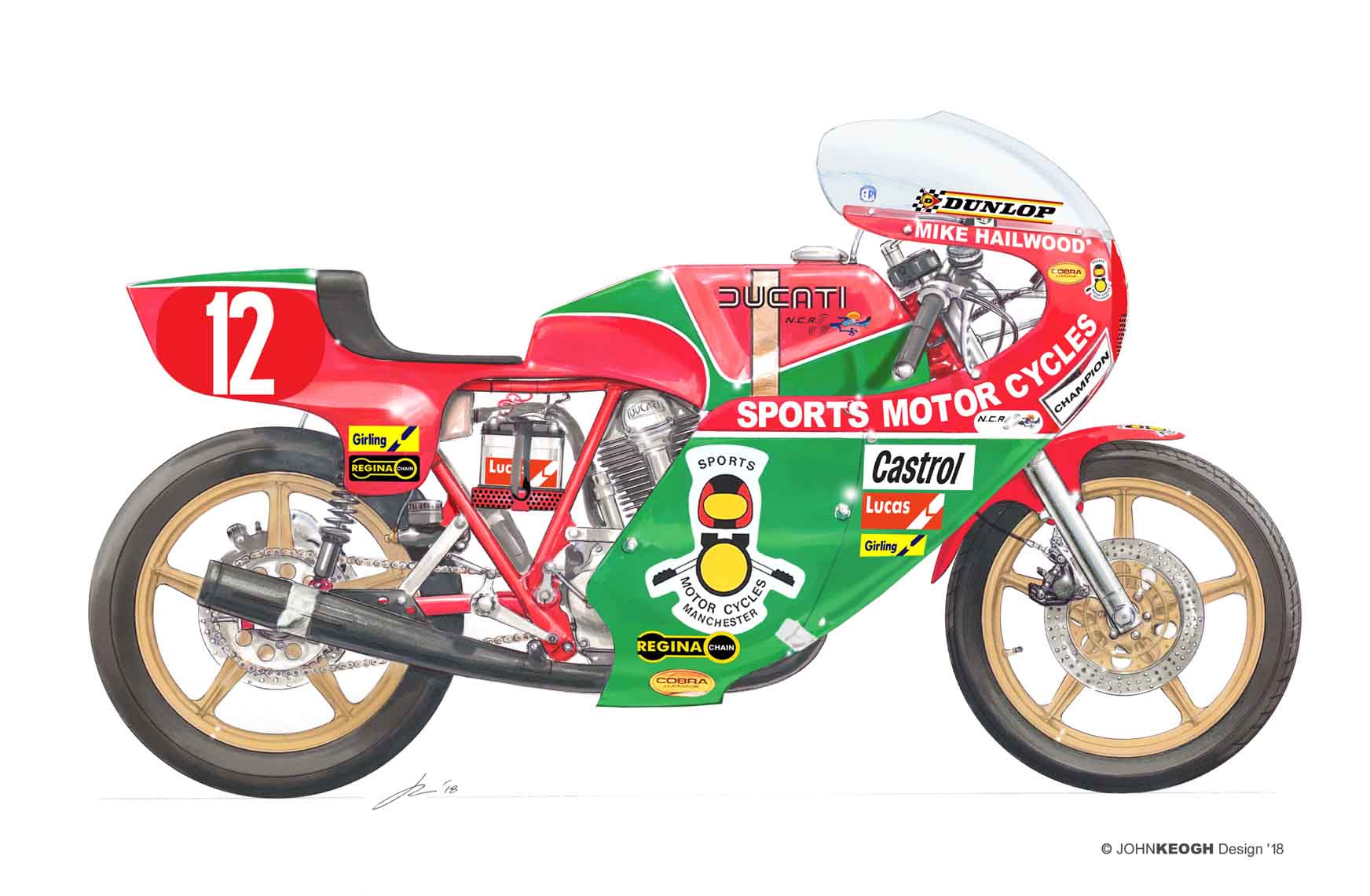 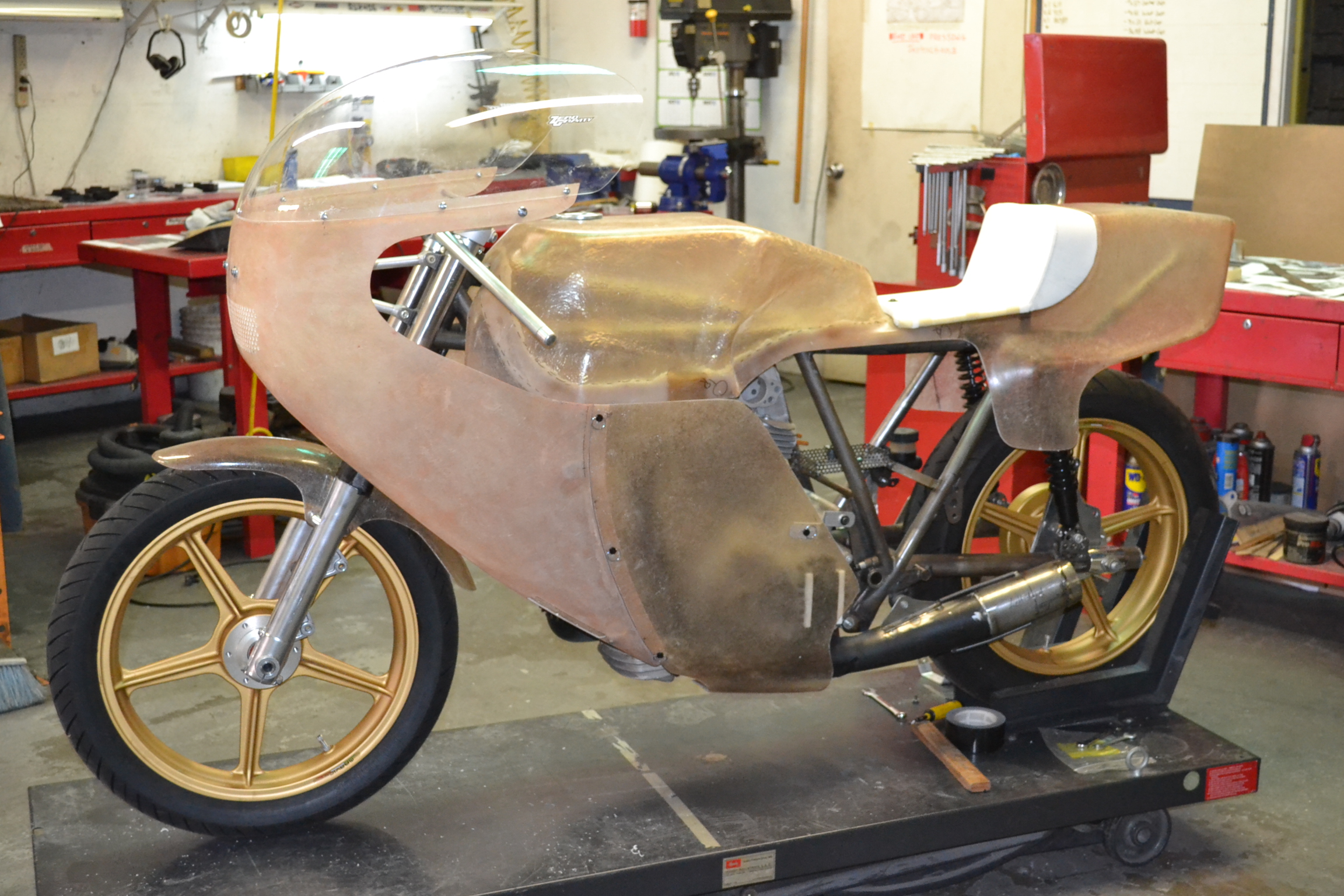 Mike Hailwood’s famous comeback at the 1978 Isle of Man TT was on a specially prepared Ducati NCR 900. The actual Sports Motorcycles bike Mike raced and won on, both at the TT and the Post-TT Mallory Park meeting was subsequently crashed at least twice and so no longer looks exactly as it was on the Island. Vee Two’s twelve officially sanctioned replica’s address that with faithful reproduction of engine, chassis and bodywork exactly as raced on 3rd June 1978. 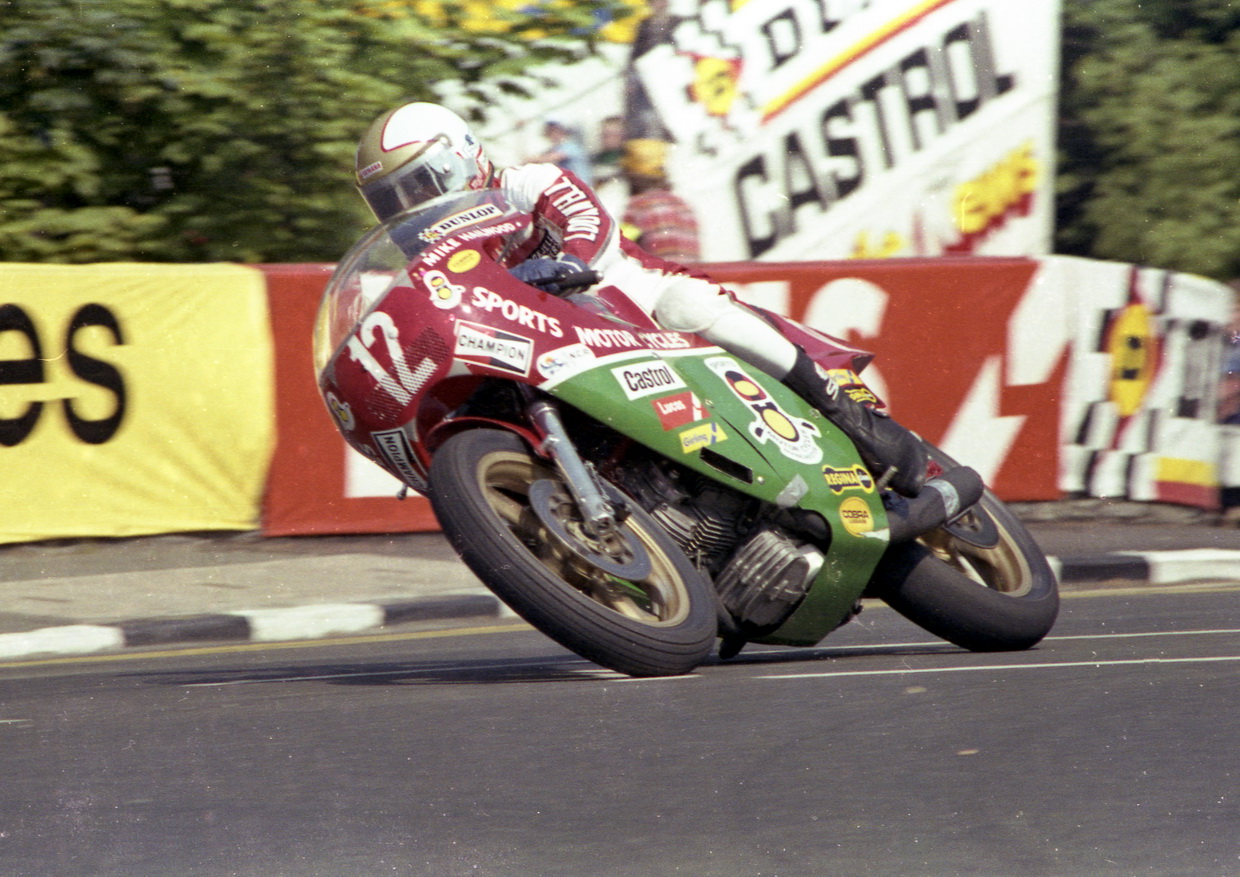 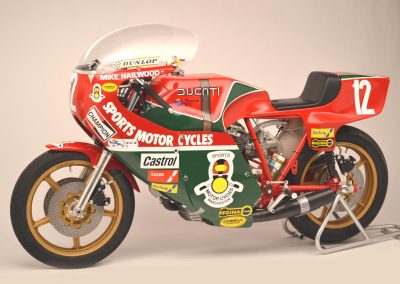 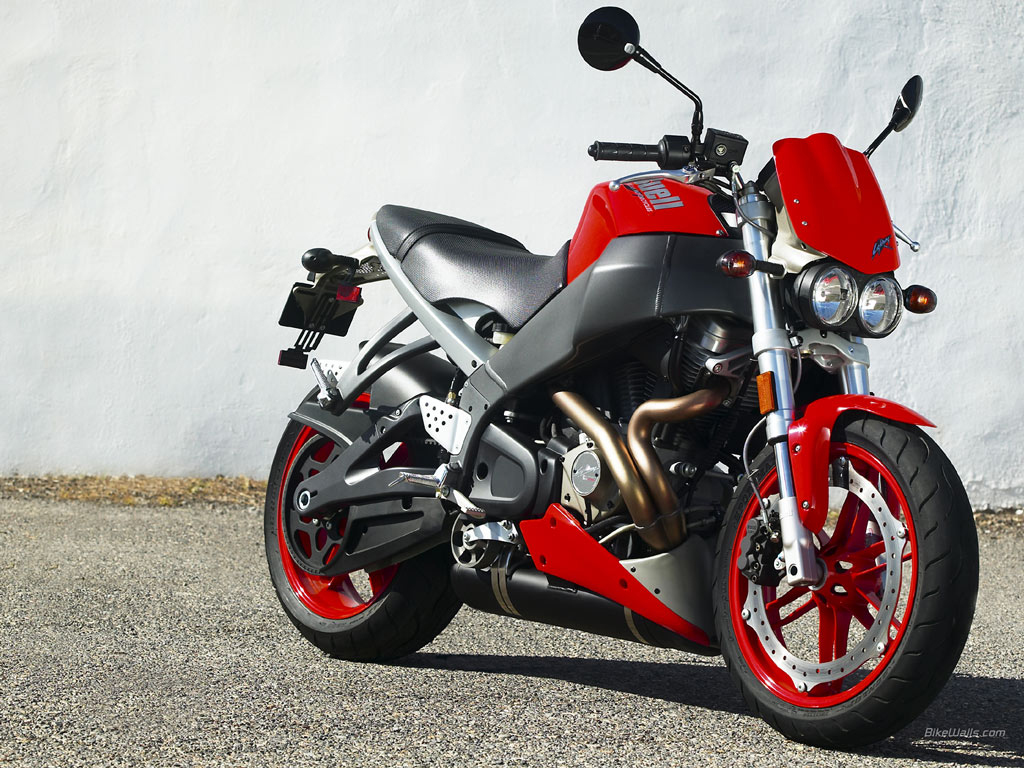 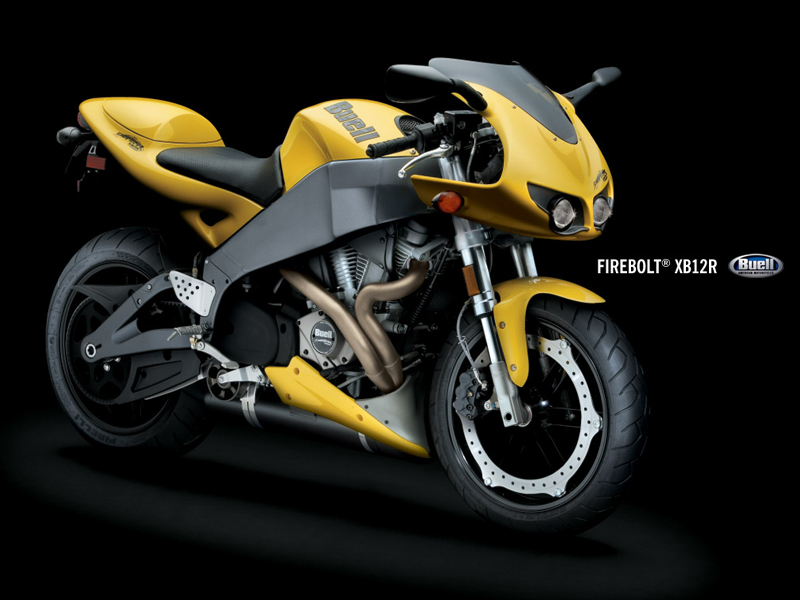 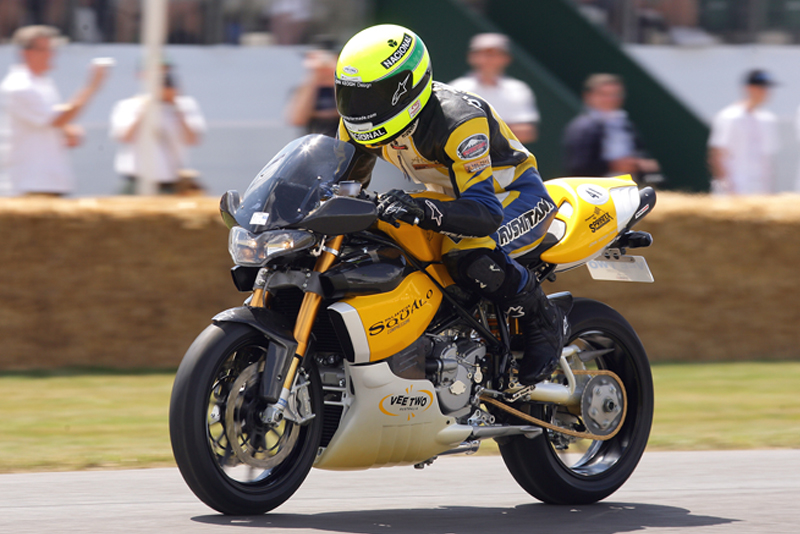